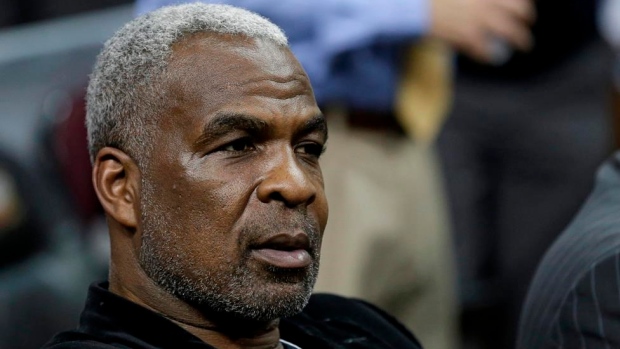 New York Knicks owner James Dolan and former player Charles Oakley have been ordered to go to mediation over their dispute by a federal appeals court.

NEW: Charles Oakley and James Dolan have been ordered to mediate their dispute by a federal appeals court. Mediation will be held on Mar. 31, and presided over by former NYS Sup. Ct. Justice Charles Ramos. Both Oakley and Dolan must appear by telephone. pic.twitter.com/aA1Bfmmg0a

The mediation will take place March 31 and last three hours according to the order, uncovered by legal analyst Daniel Wallach.

Oakley has a civil lawsuit against Dolan stemming from an incident with a security guard at Madison Square Garden in 2017. Oakley is suing Dolan for defamation, assault, and false imprisonment after he was arrested and banned from the Knicks arena three years ago. The suit was originally dismissed before Oakley appealed the decision.