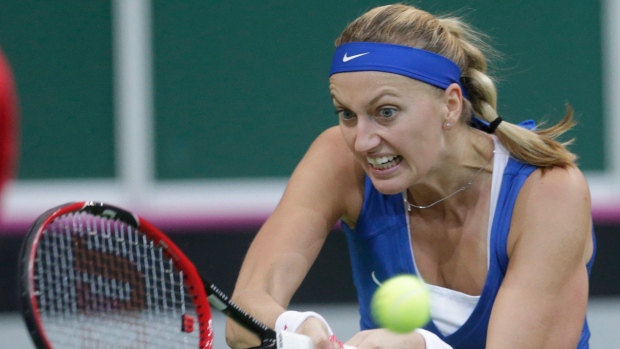 SHENZHEN, China - Top-seeded Agnieszka Radwanska of Poland sailed into the quarterfinals of the Shenzhen Open but three other seeded players were knocked out in the second round Wednesday.

Radwanska won all three break points in the first set. The players traded two breaks in the second set before Radwanska broke in the final game to take the victory.

Third-seeded Irina-Camelia Begu of Romania retired out when trailing 7-5, 3-2 against Anna-Lena Friedsam of Germany.

In other upsets, fourth-seeded Monica Niculescu of Romania lost 6-1, 6-4 to Timea Babos of Hungary while seventh-seeded Zarina Diyas of Kazakhstan lost 6-0, 6-4 to Czech player Katerina Siniakova.