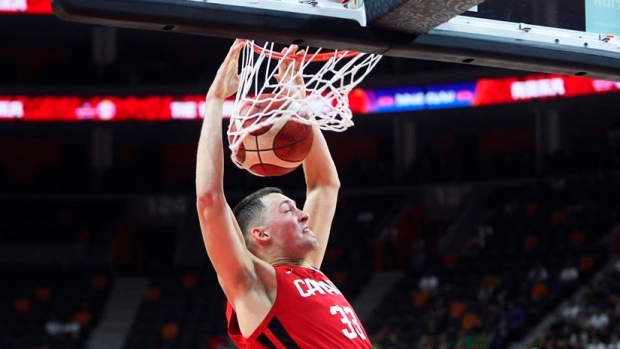 “Any time you play a team like that, an aggressive team like the Bahamas, in a back-to-back situation, (you know they will compete),” said Canada's head coach Nate Bjorkgren. “We had a very thorough film session, detailed walkthrough this morning, that our guys did a very good job of executing when it came to game time.

"That’s been two days in a row that they’ve shown that unselfish play and the connectivity on the defensive end.”

Canada is in Group C of the qualifiers with the Dominican Republic, U.S. Virgin Islands and Bahamas.

“Focus is a really big part of this team,” said Bjorkgren. “In the week that we spent together, they were very focused right where they stepped foot off the plane from all of the countries where they flew in from. "

Canada will next play in the second window of qualifiers which will be held in February.

Eighty national teams are playing across six qualifying windows to secure their place among the 30 teams that will join hosts Japan and the Philippines in the 32-team 2023 FIBA men's World Cup.

In the Americas group, 16 teams will face off over two rounds with the top three in each group and the fourth-placed team qualifying for the World Cup, which in turn is a direct qualifier for the 2024 Paris Olympics.

This report by The Canadian Press was first published Nov. 29, 2021.