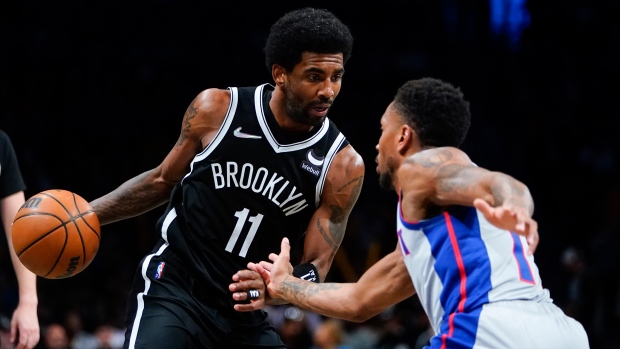 Kyrie Irving's future in the NBA could lie outside of Brooklyn.

The New York Daily News's Kristian Winfield reports the Nets are unwilling to offer the 30-year-old guard a long-term extension, citing Irving's refusal to get vaccinated and lengthy injury history.

Because of injury, vaccine hesitancy and other undisclosed personal reasons, Irving has appeared in only 103 regular season games over the past three seasons.

Born in Melbourne and raised in West Orange, NJ, Irving is set to enter his 12th NBA season, having also spent time with the Celtics and Cleveland Cavaliers with whom he won the 2016 NBA title.

A seven-time All-Star, Irving has until June 29 to inform the Nets of his decision.