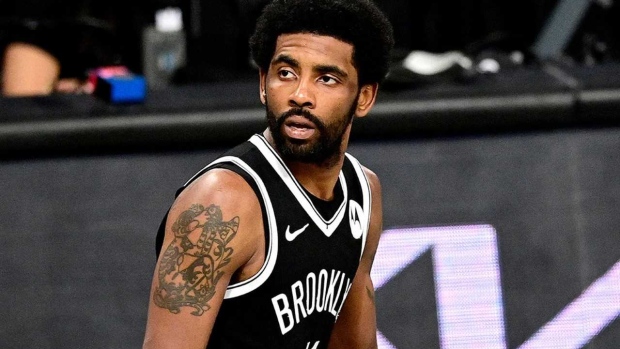 Kyrie Irving has found a new way to advertise his upcoming shoe… by telling the world he doesn’t like it.

Kyrie 8 is being released by Nike later this year but was leaked recently on Instagram. After Kyrie's shoe-focused account k11kicks posted the leak, Irving couldn’t hold back his disappointment, calling the latest edition ‘trash.’

“I have nothing to do with the design or marketing of the upcoming #Kyrie8, IMO these are trash! I have absolutely nothing to do with them!
Nike plans to release it without my okay regardless of what I say, so I apologize in advance to all of my sneakerheads and true supporters of the #KAI11 brand,” Irving said.

Nike has not released a comment about the situation. The last four Kyrie signature shoes arrived in the fall so the 8s may be well on their way to a release soon.