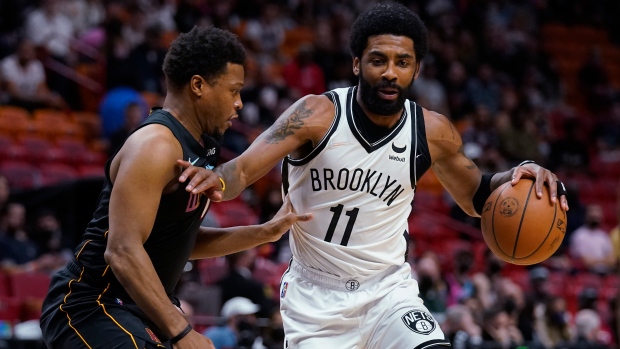 With an important contract decision looming in the off-season, Brooklyn Nets star Kyrie Irving has changed his representation.

Irving has hired Shetellia Riley Irving, who is also his stepmother, as his new agent, according to The Athletic’s Shams Charania. She is believed to be the only Black woman currently representing an active NBA player.

This is a significant first step. Let's hope to continue seeing more Black women in roles such as front office and player representation. 👏 pic.twitter.com/V0x1TTlVzx

Riley Irving is currently the vice president of ad sales at BET. Before switching agents, Irving was previously represented by Roc Nation and Jeff Wechsler.

The switch comes at a pivotal time for Irving as he has the option to become a free agent at the season’s end, should he choose to waive his $36.6 million dollar player option for the 2022-23 season.

The Nets point guard is currently averaging 25.1 points and 5.3 assists per game this season with 15 games played. Brooklyn is currently eighth in the Eastern Conference with a 32-32 record.