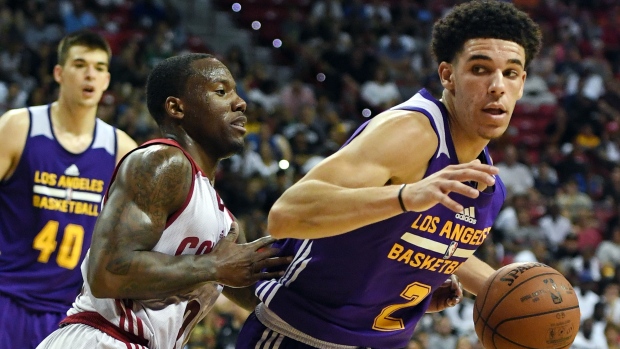 Lonzo Ball has taken his first NBA-related award, and he hasn't even been to training camp yet.

The Los Angeles Lakers rookie was named Most Valuable Player of the NBA Summer League on Monday night after he averaged 16.3 points and 9.3 assists along with two triple doubles this month. He led the Lakers to a 5-2 record during the event in Las Vegas.

Ball did not play in the championship game on Monday night due to injury, where the Lakers beat the Portland Trail Blazers.

Ball, the second-overall pick in last month's draft behind Markelle Fultz of the Philadelphia 76ers, becomes the first Laker to win MVP in the Summer League. He was also named as one of the first-team All-Stars for the Summer League.