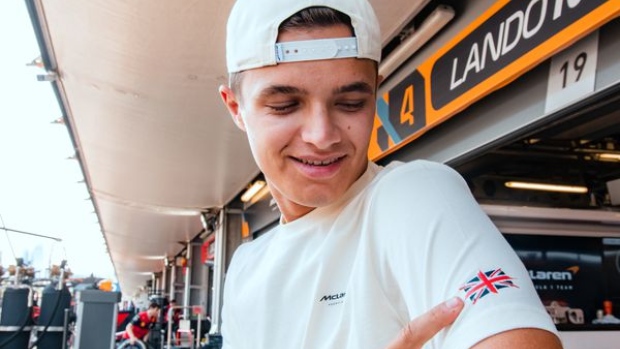 The collection includes a men’s and women’s hoodie with the McLaren logo on the front and the Union Jack on the sleeve. The back of the hoodie features a neon LN04 logo, the driver’s number. T-shirts from the line include the same design as the hoodies and come in men's, women and junior sizes. Both the items come in three colours, black, blue and off-white.

Accessories from the line include a pair of sunglasses and a hat. The sunglasses are made in collaboration with SunGod and are built with 100 percent recycled frames. The hat, created in partnership with New Era, includes the McLaren logo on the front, the LN4 branding on the side and a neon underside. It comes in off-white.

Fans hoping to buy the limited edition collection can do so at the McLaren online store.

This will be Norris’ fourth home Grand Prix. He has finished within the top ten for each previous race. The British Grand Prix takes place on July 3 at 10 a.m. EST.