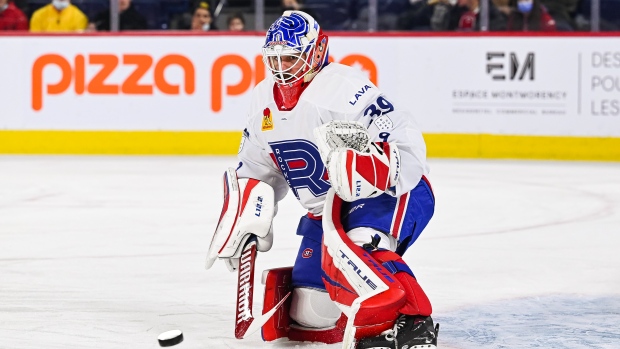 SYRACUSE, N.Y. — Cedric Paquette scored two goals as the Laval Rocket toppled the Syracuse Crunch 5-1 in a playoff matchup preview between the two sides Saturday in the American Hockey League.

With their regular season-ending victory over the Crunch (41-26-9), the Rocket (39-26-7) ensured that they would capture the North Division's No. 3 seed earn a first-round bye and see No. 2 Syracuse in the divisional semifinals.

Joël Teasdale scored and added an assist in the Rocket win. Laval scored five unanswered goals after Gage Goncalves made it 1-0 Crunch at 8:03 of the first period.

Laval won the season series against Syracuse, going 5-3 against them in eight meetings this season.

The Rocket's and Crunch's best-of-five series will begin May 6 in Syracuse.