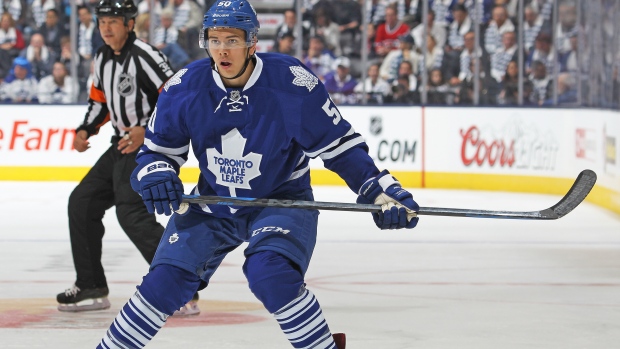 The Toronto Maple Leafs have assigned defenceman Stuart Percy to the Toronto Marlies of the American Hockey League.

Percy, 21, has been an early-season standout in his rookie season with the Leafs and has three assists in seven games played.

He has averaged 18:09 in ice-time so far this season, dressing for all the team's games save its Oct. 18 contest against the Detroit Red Wings.

Percy has remained in the line-up for the past two games as the team has opted to dress seven defencemen and only 11 forwards.