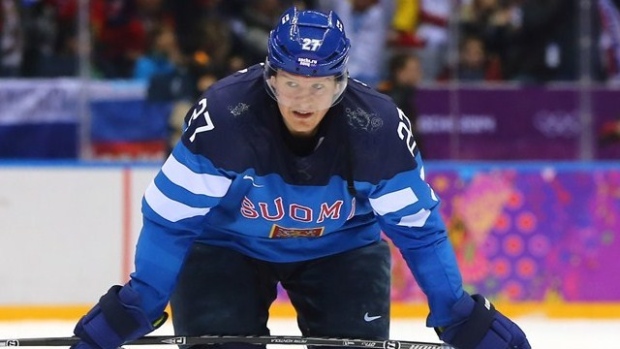 The Toronto Maple Leafs continued to trim their roster Monday, assigning forwards Petri Kontiola and Sam Carrick as well as defenceman Petter Granberg and goaltender Antoine Bibeau to the Toronto Marlies of the American Hockey League.

The Leafs also placed forward Troy Bodie on waivers for the purpose of assigning him to the minors.

Kontiola signed a $1.1 million contract with the Leafs in July. The Finnish centre had to pay 20 million Russian rubles -- roughly $620,297 Canadian -- to get out of the final season of his KHL deal.

Kontiola, 29, spent the last five seasons in the Kontinental Hockey League. Before that he played 12 games for the Chicago Blackhawks in the 2007-08 season, recording five assists.

He helped Finland win a bronze medal at the Sochi Olympics with five points in six games.

Granberg and Carrick were selected in the fourth round and fifth round of the 2010 NHL Draft, respectively.

Non-roster players Frederik Gauthier and Rinat Valiev were both sent back to their CHL clubs to rehab injuries. Gauthier has a rib injury, while Valiev suffered a knee injury.

Gauthier was the Leafs first-round pick in 2013.