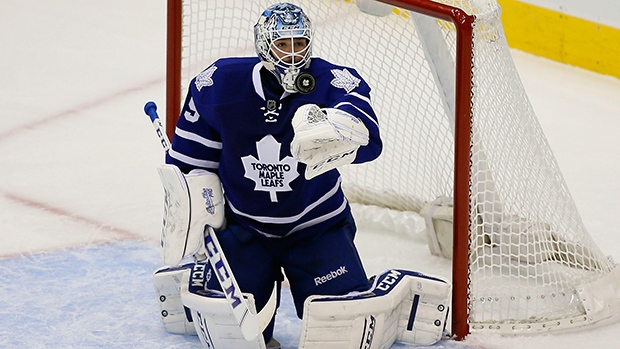 Bernier, 26, is eligible for restricted free agency on July 1.

His previous contract with the Leafs was a two-year deal worth an average annual value of $2.9 million. However, the deal was more lucrative in its second year, paying the netminder $3.4 million in 2014-15. The significance of the salary difference is that a qualifying offer to Bernier for 2015-16 would be based on his previous year's salary and not the contract's average annual value.

Bernier was originally selected 11th overall by the Los Angeles Kings at the 2006 NHL Entry Draft. He was traded to the Maple Leafs prior to the 2013-14 season in exchange for Matt Frattin, Ben Scrivens and a 2015 second-round draft pick. In 175 career games with the two clubs, he has posted a 76-67-20 record with a 2.63 GAA and a .916 save percentage.