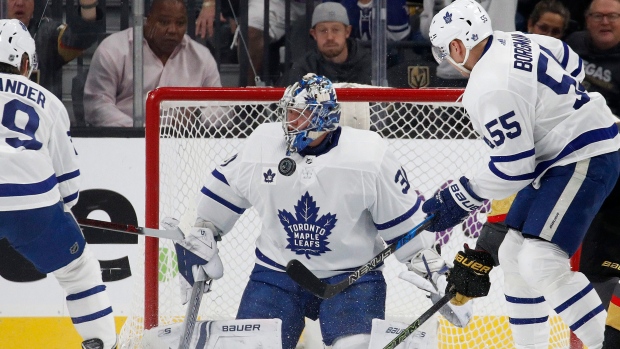 Toronto Maple Leafs goaltender Frederik Andersen has been fined $2,000 by the NHL under Rule 64 (diving/embellishment).

The infraction took place in the second period of the Leafs' Dec. 31 loss to the Vegas Golden Knights. Andersen left his crease to play the puck behind the net and fell to the ice as David Perron skated by him once he had played the puck.

Neither Perron nor Andersen was called for a penalty on the play.