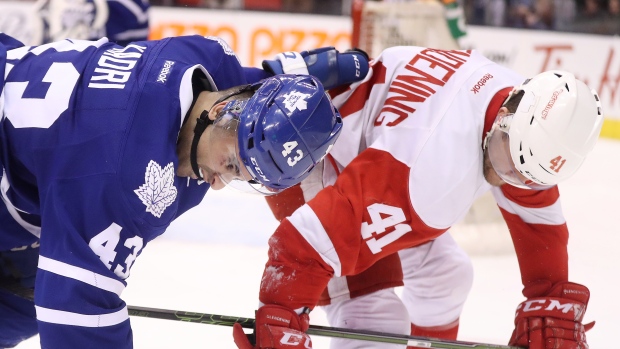 The incident happened in the first period of the Leafs' 3-2 loss to the Wings on Saturday. The two were battling in the corner, half engaged in a shoving match, before Kadri followed Glendening to the front of the Leafs net and cross-checked him in the shoulder/neck area.

Kadri was given a minor penalty on the play while Glendening fell to the ice but wasn't injured.

The Leafs forward was most recently fined $5,000 for his second and third diving infractions of the season.