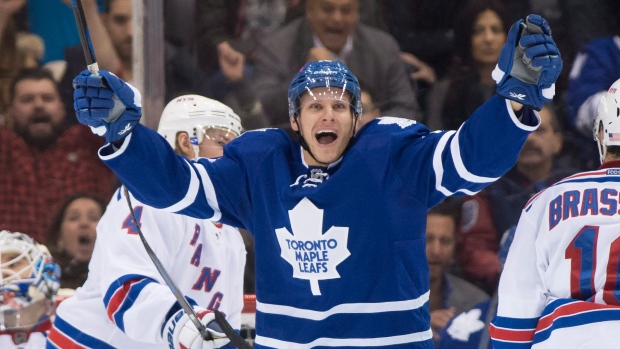 The incident occurred in the second period of Toronto's 4-0 loss at Washington on Sunday. Capitals defenceman Mike Green received a minor penalty for holding on the play.

It was Panik's second offence this season. He received a warning in Toronto's game against Montreal on Feb. 14.