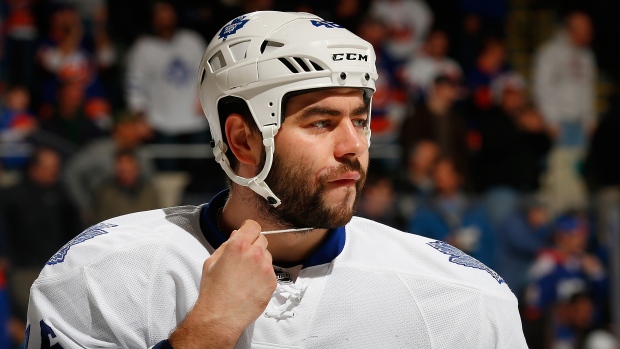 The Maple Leafs have brought defender Roman Polak on a one-year deal they announced Saturday. Financial terms were not disclosed.

Traded by Toronto to the San Jose Sharks along with Nick Spaling in February for a second-round pick in 2017 and 2018, Polak is a heavy-hitting player with the kind of edge Toronto needs more of among their young defensive group.

Never posting more than five goals in a season (back in 2014-15 with Toronto), Polak's strength is keeping opponents off the board. His speed is consistently lacking and becomes exposed against fast-paced teams. That was especially evident during the Stanley Cup Final. Playing with Brenden Dillon against the Pittsburgh Penguins, Polak was on the ice for the first goals in Game 2, 3 and 4 and finished the six-game series a minus-3.

Polak is best suited to a bottom defensive pairing. He adds some gristly insurance for the Leafs as they let their young defensive corps find their footing.