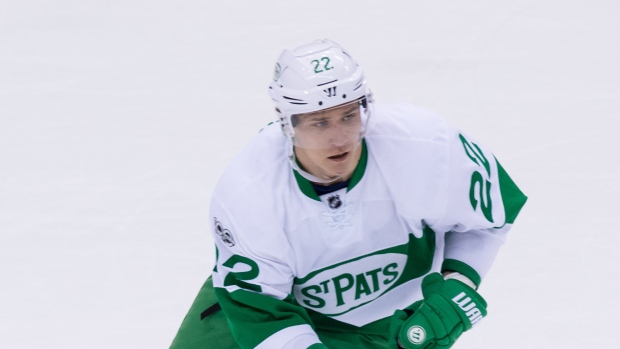 The Toronto Maple Leafs and first-year defenceman Nikita Zaitsev are working towards a contract extension, according to TSN Hockey Insider Bob McKenzie.

McKenzie says the extension could be as long as seven years with an average annual value of around $4.5 million.

As I reported on @TSNHockey Leaf broadcast, TOR and Zaitsev working towards extension. Not done. May be as long as 7 years. Stay tuned.

Assuming Zaitsev deal gets done, it would have to be AAV less than Morgan Reilly's $5M AAV. If I were guessing, $4.5M, give or take $250K.

The 25-year-old Russian has four goals and 29 assists over 75 games with the Leafs this season, his first year in the NHL.

Toronto signed Zaitsev to a one-year contract in May 2016 after he put up eight goals and 18 assists over 46 games with CSKA Moscow of the KHL.