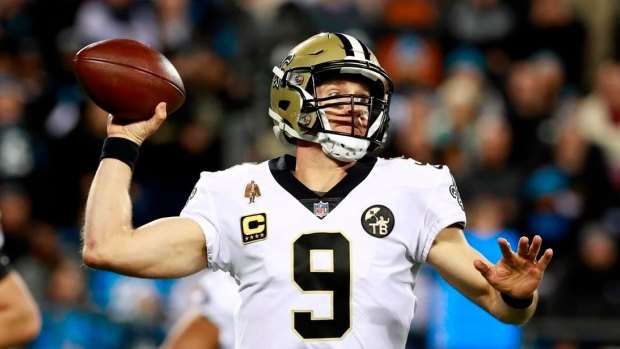 Week 16 will decide most fantasy football championships — one weekend where owners will either feel the elation of a mission accomplished or fall short of a goal they've pursued since late summer.

The slate has one potential must-stack affair, Steelers-Saints, and won't be too hurt by the weather. If there is a theme to this week, it's that several of the league's top defences collide with high-end offensive attacks.

START: Drew Brees, QB, Saints: It's fantasy blasphemy to consider sitting Brees, but he has been in a skid that has seen him average 175.5 yards in his last four games with a 6-4 TD-INT ratio. Brees has gone three straight games without throwing multiple touchdown passes but should return to his MVP-caliber self against a Steelers defence that is 21st in fantasy points per game allowed to opposing quarterbacks. Pittsburgh has allowed more than 900 passing yards in its last three games. Brees is too good to remain this bad, and with the Saints offence usually lethal at home, Brees has a great chance for redemption at the biggest moment of the fantasy season. 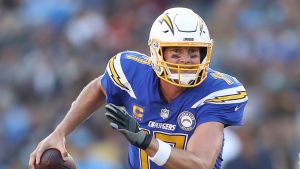 SIT: Phillip Rivers, QB, Chargers: The Ravens pass defence has been in lockdown mode all season, allowing just three quarterbacks to eclipse 20 fantasy points. Rivers can't be the fourth, as he will be without receiver Keenan Allen (hip pointer) in a high-stakes matchup against a Baltimore defence that is third in fewest net passing yards allowed and first in fewest yards per attempt. It's hard to envision Rivers finishing Saturday night with more than 220 yards and a touchdown pass, numbers that won't win many fantasy titles.

START: Alshon Jeffrey, WR, Eagles: He's been targeted 17 times in the last two games and comes off his best outing of the season, an eight-catch, 160-yard performance in the win at the Rams. Nick Foles was able to get Jeffery involved downfield in a manner that Carson Wentz couldn't. The Texans defence has been lit up by T.Y. Hilton (Colts) and Robby Anderson (Jets) in the last two games. Houston is 27th in receiving yards allowed and has given up 24 touchdown passes. If Foles gets Jeffery in sync from the outset, starting Jeffery as a WR2 will lend to totals more suited for a WR1.

SIT: David Johnson, RB, Cardinals: Johnson scored his first rushing touchdown in more than a month but managed just 33 yards on 11 carries in the loss to the Falcons. He'll have little value in non-PPR formats even though the Rams are 21st against the run and are one of three teams (Patriots, Chiefs) that allow at least 5 yards per carry. Even in a PPR league, Johnson's production will be limited as Los Angeles allows an average of just 30.4 receiving yards per game to opposing running backs, fifth-fewest overall. If there are better options on the roster, there's no shame in sitting Johnson down. START: Marlon Mack, RB, Colts: Perhaps the biggest surprise of Week 15, Mack tore through the vaunted Cowboys run defence for 139 yards with a pair of scores and gets a great follow-up against the Giants, who are 28th against the run. Mack has three touchdowns in his last two games, and even if he's not much of a factor in the passing game, he should be good for his fourth game this season of at least 20 touches. If so, look for Mack to put up RB1-level numbers.

SIT: Tom Brady, QB, Patriots: The Bills allow the fewest fantasy points per game to opposing quarterbacks and have held passers to less than 180 yards in eight of their last 10 games. Brady did throw for 324 yards against Buffalo in a Week 8 win but did not throw a touchdown. He has attempted at least 31 passes in all but one game this season, so the opportunities will be there for Brady. Still, it's tough to do much damage to a Bills team that leads the league in fewest net passing yards allowed.

START: Evan Engram, TE, Giants: Odell Beckham Jr. is likely done for the season, so Engram stands a great chance to at least approach the season-best 12 targets he had last week against the Titans. He's had three straight games of at least 66 receiving yards, and while he hasn't scored since Week 8, the high volume of opportunities works in Engram's favour when he squares up against a Colts defence that leads the league in receiving yards per game allowed to opposing tight ends (72.6). 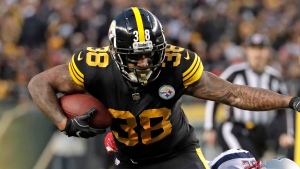 SIT: Jaylen Samuels, RB/TE, Steelers: James Conner is expected to return to the lineup, but Samuels will still have a significant role in the offence. Either way, Samuels and Pittsburgh's ground attack gets a bad draw against the Saints and their league-best run defence.

START: Deshaun Watson, QB, Texans: With running back Lamar Miller's status in question, Watson won't have a problem putting the ball up frequently against the Eagles and their 31st-ranked pass defence. Watson hasn't eclipsed the 300-yard mark since Week 5, but he's completed better than 70 per cent of his attempts in four straight games and his running skills bring an added element to a formula that should result in a huge afternoon.

SIT: D.J. Moore, WR, Panthers: Taylor Heinicke makes his first career start, dropping the value of Moore coming off a Week 15 loss to the Saints that saw him manage only four touches. This shapes up for a heavy workload for running back Christian McCaffrey, as Heinicke won't be expected to produce much against a Falcons defence that has allowed 28 touchdown passes and is 31st in fantasy points allowed per game to opposing quarterbacks.