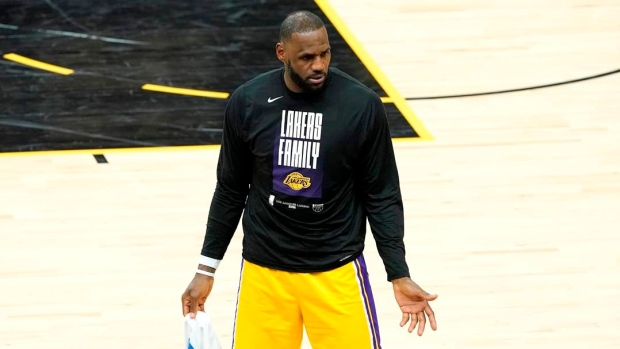 In his latest film venture, LeBron James and his SpringHill Company will be producing a feature film titled Rez Ball focusing on a team of Indigenous high school basketball players. The film will be produced in partnership with Netflix.

According to The Hollywood Reporter, the story will follow a basketball team in Chuska, New Mexico that needs to band together after losing their best player in pursuit of a state championship. It is described as “an all-American underdog story about Navajo kids and coaches told from the inside-out.”

Rez Ball is based on the 2019 novel Canyon Dreams by New York Times reporter Michael Powell. The movie explores the world of 'reservation basketball', a very high-paced style of play that is said to have had a major influence on top NBA teams and players over the years.

Sydney Freeland, whose works include Fear the Walking Dead and Grey’s Anatomy, is set to direct the film. Reservation Dogs co-creator Sterlin Harjo is listed as a writer along with Freeland.

“Basketball on the Rez is like high school football in West Texas. It has a fanatical following that few sports can rival,” explains Freeland in a statement to The Hollywood Reporter. “This is a story that’s commonplace on Indian reservations all over the US, but most people aren’t even aware it exists. What we want to do is bring people into our world, to tell a story about the people and places we know, and what better way to do that than through a sports movie?”

Maverick Carter will produce with James under their SpringHill Company banner. The film will be shot on reservations in New Mexico. Production has not yet begun and there is currently no information on the official release date of the film.