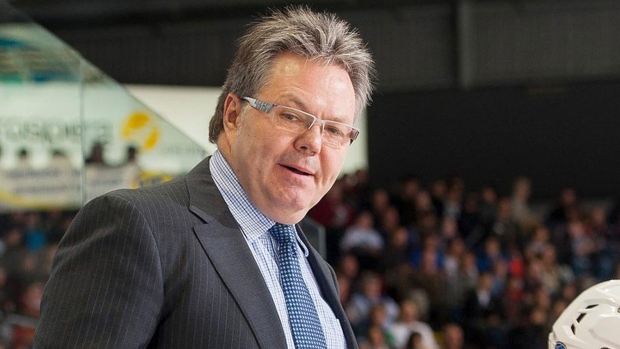 Hockey Insider Pierre LeBrun joined Ryan Rishaug on Thursday to discuss the latest on the Edmonton Oilers' interest in Kelly McCrimmon as their next general manager, as well as Matt Duchene's contract negotiations with the Senators. 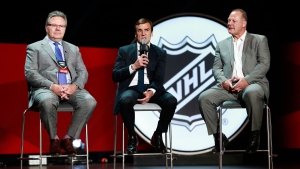 Pierre LeBrun: Vegas Golden Knights assistant general manager Kelly McCrimmon certainly is among the top two or three names at the top of the Oilers' list. I had a text message exchange with George McPhee, Vegas' general manager, about McCrimmon, and he declined to answer anything regarding Edmonton, which in this case is a particularly sensitive matter. I think it's dangerous to read into that either way. It doesn't mean that he would deny Edmonton the chance ultimately. I quoted McPhee last month for one my columns when I wrote about the expansion Seattle team potentially poaching McCrimmon, and his answer on the record was that he would never stand in the way of McCrimmon becoming a GM elsewhere.

I think what we really have to discuss here is timing. I would think that Vegas would want to wait till the off-season to allow McCrimmon to go elsewhere to become a GM. Most NHL teams would want that. McCrimmon's work is valuable to the Golden Knights, they're a playoff team and a contender. I suspect that these are all hindrances that the Oilers will run into.

Ryan Rishaug: Think of the mechanics of the Oilers speaking to McCrimmon. The Golden Knights are a team in Edmonton's division and McCrimmon is one of Vegas' best and brightest minds. An interview with McCrimmon at this time would basically be Oilers CEO Bob Nicholson bringing him into his office and basically saying 'what do you think we should do about the Oilers, and how can we fix our problems?' That's tough. I don't think anybody would blame McPhee if he made McCrimmon wait to interview with Edmonton.

LeBrun: And as it is, we know for a fact that Seattle has begun its internal search for its first-ever GM, and McCrimmon is on the list of names that Seattle has come up with. They haven't approached Vegas yet, Seattle is waiting, I believe, for the off-season to do just that. Basically what we're saying is that, it's good to be McCrimmon right now because I think he's going to be in demand during the off-season.

Rishaug: And this is an opportunity for Nicholson to interview some of the best and brightest minds in the NHL and say 'what would you do to fix us?' And Nicholson likes to gather information, no question about that.

What's the latest on Matt Duchene? 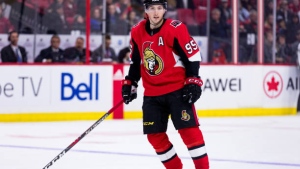 LeBrun: Matt Duchene and the Ottawa Senators had contract talks last week, but no firm numbers were exchanged. I'm told that Pat Brisson, Duchene's agent, is going to reach out again to the Senators next week after the all-star break and continue their previous conversation. At some point here, time is becoming of the essence. I believe what the two sides have discussed is that, about a week and a half out, maybe two weeks out, there's got to be a fish or cut bait period here for both sides, in terms of the Senators needing some time to explore the potential trade market if they can't come to an agreement with Duchene. The key thing right now is looking at the calendar and realizing that the Feb. 25 trade deadline is right around the corner.

Rishaug: And if the Duchene situation isn't big enough, we know that the Senators have begun negations with Mark Stone as well.