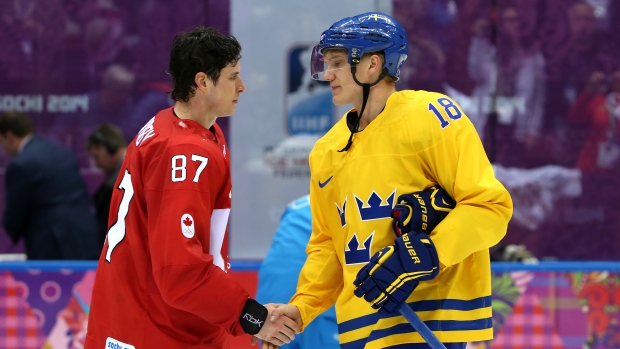 With the rising COVID-19 case counts around the NHL and the subsequent postponement of games, there is a real sense NHL players aren't headed to the Olympics according to TSN Hockey Insider Pierre LeBrun.

Nothing official yet, but a real sense NHL players aren’t headed to the Olympics. Given all the NHL game postponements this past week, no surprise if that’s the final direction.

While nothing is official yet, LeBrun notes with all the NHL game postponements due to outbreaks this past week, it's no surprise if that's the final direction.

Earlier on Sunday, the NHL and NHLPA agreed to postpone any cross border games through Dec. 23.

The Calgary Flames, Colorado Avalanche, Florida Panthers, Detroit Red Wings, Boston Bruins and Nashville Predators have all had their games postponed until after the NHL's holiday break on Dec. 26 while the Toronto Maple Leafs and Montreal Canadiens have paused all team activities through the break.

The 2022 Winter Olympics in Beijing are set to run from Feb. 4 - 20. The last time NHL players participated in the Olympics was in 2014 in Sochi, Russia when Canada took home the gold medal.