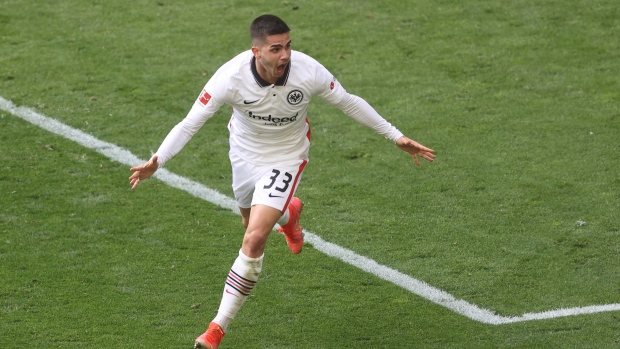 The 25-year-old Silva, who scored 28 times in 32 league appearances for Frankfurt last season, signed a five-year deal with his new club, Leipzig said in a statement.

Altogether, Silva has 40 goals in 57 Bundesliga appearances over two seasons since joining Frankfurt from AC Milan in 2019. Leipzig was reportedly paying 23 million euros ($27 million) for the attacker.

Silva came through the youth setups of SC Salgueiros, Boavista and then Porto, where he made his breakthrough into the senior team in 2016. He scored 21 goals in 44 competitive games for Porto, before joining Milan in 2017. Silva spent a season on loan at Sevilla before joining Frankfurt.

Leipzig was runner-up in the Bundesliga to Bayern Munich last season, after finishing third both seasons before. American Jesse Marsch has taken over as coach to replace Julian Nagelsmann, who left to take over at Bayern.