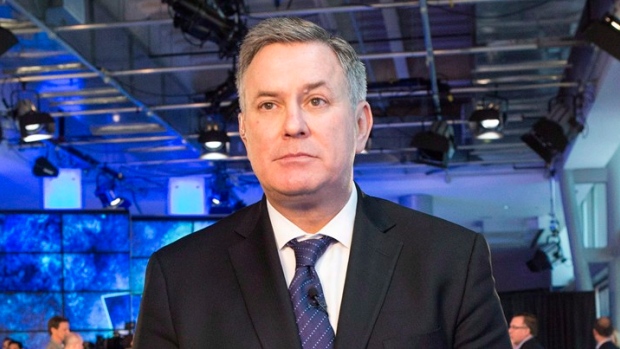 Oak View Group, the Los Angeles-based entertainment and sports-facilities company, is opening a Canadian office in Toronto and has retained Canada Basketball as a client, the company said Wednesday.

“If there’s anything ‘We the North’ taught me it’s that if we are going to have success in Canada our business must emanate in Canada,” said Tim Leiweke, the former Maple Leaf Sports & Entertainment president who co-founded Oak View Group in 2015.

The company already has 40 accounts and employs 1,700 full- and part-time people in Canada. Its new contract with Canada Basketball, which Oak View Group said is the first struck by its Canadian-based operation, is to help the national federation find new sponsorship partners.

Oak View Group was founded in late 2015 by Leiweke and Irving Azoff, the manager for music legends including the Eagles, Jon Bon Jovi and Steely Dan. The company has helped teams and venues fight ticket scalping and has also consulted on matters including sponsorships including naming-rights deals, security and concert bookings.

Clients pay an annual fee to OVG, which takes a cut of revenue it helps to generate.

Leiweke said the company is focused particularly on mid-size Canadian cities such as London, Ont., that don’t have major-league sports anchor tenants. That’s because the profit margins for concerts are growing.

An arena can generate twice as much profit from hosting concerts than National Basketball Association or NHL games, partly because without pro teams to schedule around, as many as 40 extra days a year are available for concerts.