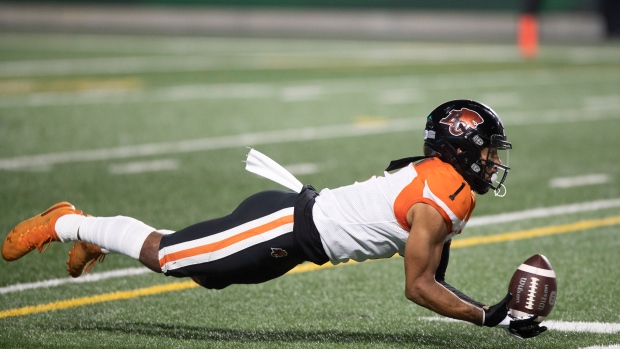 The BC Lions announced Friday that they have released Canadian wide receiver Lemar Durant.

According to TSN's Farhan Lalji, Durant was slated to earn a big contract in the 2022 season and the Lions were not interested in re-negotiating it down which led to Durant asking for an early release.

The 29-year-old native of Vancouver recorded 24 receptions for 263 yards in 2021, his second season with the Lions.

Durant spent the first four seasons of his career with the Calgary Stampeders and has amassed 183 receptions for 2,353 yards and 13 touchdowns over 74 games in six seasons.