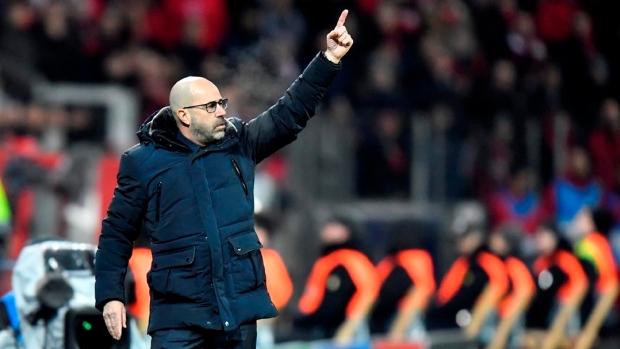 Bayer Leverkusen handed coach Peter Bosz a contract extension until summer 2022 on Friday despite the team failing to reach the knockout stages of the Champions League.

Leverkusen CEO Fernando Carro said the club values Bosz, whose contract was due to expire at the end of the season, for his commitment to attractive, attacking football.

“The lads have never eased up in difficult times and also believed in our mutually developed approach to football,” Bosz said in a website statement.

The Dutch coach took over at Leverkusen in January 2018 with the team ninth in the German league and secured Champions League qualification, but Leverkusen then finished third in its group.

Leverkusen is sixth in the Bundesliga ahead of its game against struggling Paderborn on Sunday, the first game for both teams after the winter break.

Leverkusen has claimed some impressive wins, including a 2-1 victory over reigning champion Bayern Munich. However it's struggled at times for goals this season, with its 23 goals from 17 games ranking just 11th in the league.