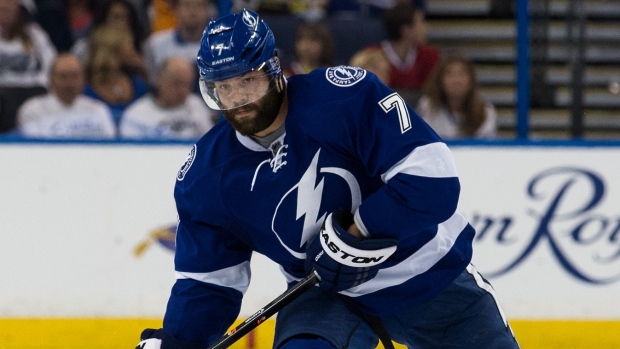 The Tampa Bay Lightning will be without Radko Gudas for an undetermined length as the defenceman undergoes knee surgery.

Gudas will undergo an arthroscopic procedure on his right knee on Tuesday to repair damage suffered in the Lightning’s 3-2 win over the Toronto Maple Leafs on Dec. 29, the team announced Monday.

The 24-year-old skated with the team twice after falling awkwardly into the boards during the win, but did not dress for game action.

Gudas has scored two goals and added three assists in 31 games with the Lightning this season.

A timeline for his return will be set after surgery, the team said.