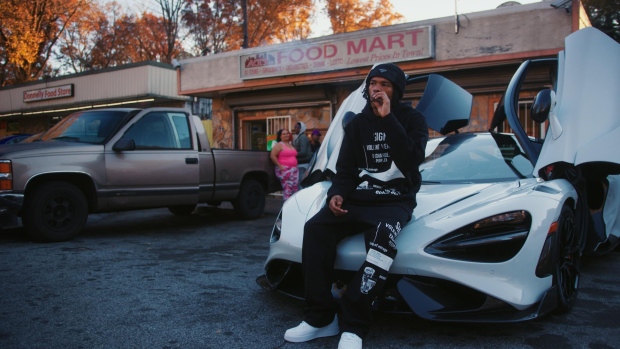 Untrapped: The Story of Lil Baby

Amazon Prime Video announced that Karam Gill’s Untrapped: The Story of Lil Baby will be streaming exclusively on their platform in the summer.

The feature-length documentary takes a deep dive into the life of the GRAMMY-winning rapper’s life and career. The film is produced by Quality Films, MGX Creative, and 4PF, and chronicles Baby’s rise through the ranks in hip hop. It starts when he was a child growing up in Atlanta and then traverses to his time as a street hustler before he was arrested and sent to prison. The doc then follows Lil Baby as he dropped his no.1 album, My Turn, in 2020.

“I’m blessed to be able to tell my story and have people care to hear it,” Lil Baby said in a statement. “This film is a real look into my journey, and if it inspires even one person to believe that they can get through hard stuff and dare to follow a dream, then it was worth every penny spent and hour worked. My story is many people’s story, and I’m excited to share it.”

The documentary is directed by Karam Gill and produced by Lil Baby, Pierre “P” Thomas, Kevin “Coach K” Lee, Gill, Daniel Malikyar, Andrew Primavera and Blase Biello. It premiered at the Tribeca Film Festival on June 11 at Beacon Theater in New York, followed by a performance from Baby himself after the screening.

“This project has been in the works for several years now, during some of the most difficult times our country has faced,” said Gill in a statement. “I couldn’t be prouder of the entire filmmaking team and the continued collaboration between Quality Films and MGX Creative to create another meaningful project that sheds light on larger societal issues. Lil Baby is someone who truly defied the odds, and I hope his story can bring positivity into our world.”