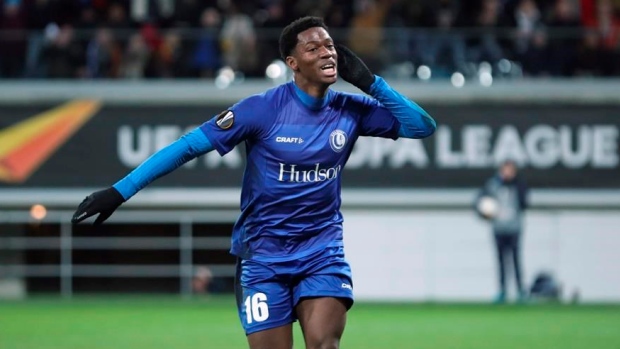 Jonathan David looks to be headed to Ligue 1.

Sources tell TSN that Lille has verbally agreed to a €30 million deal with Belgian side Gent for the 20-year-old David's services.

While a deal is not yet finalized, a formal announcement is expected to be made in what will the be the largest ever transfer for a Canadian player.

David had been attached to the likes of Arsenal, Manchester United and Borussia Dortmund in recent months, while Lille was reported to have made an initial €25 million offer for the player last month.

By virtue of finishing fourth in the 2019-2020 Ligue 1 season that was abandoned early due to the outbreak of the coronavirus (COVID-19) pandemic, Lille will play in the Europa League next season.

Internationally, David has been capped 12 times by the senior side.