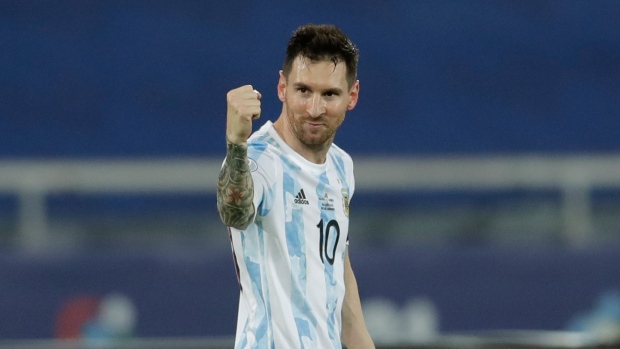 It's seventh heaven for Lionel Messi.

The Argentina and Paris Saint-Germain forward won his seventh Ballon d'Or on Monday.

HERE IS THE WINNER!

On the women's side, Spain and Barcelona midfielder Alexia Putellas won her first award.

Chelsea was named the Team of the Year.

The Ballon d'Or is handed out annually by France Football.