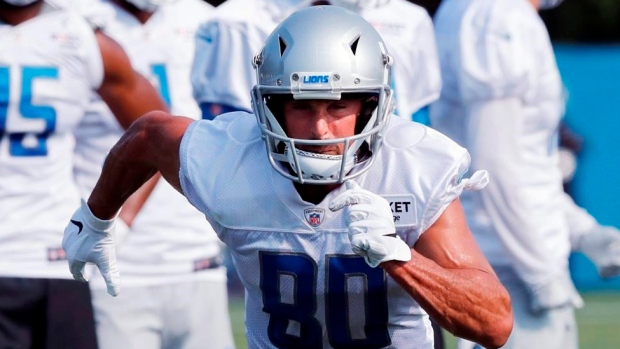 Amendola had 62 receptions for 678 yards receiving with one touchdown last season in his first year with the Lions. The 34-year-old Amendola was just 12 yards receiving away from surpassing his career high set in 2010 with the St. Louis Rams.

The former Texas Tech standout made his NFL debut with the Rams in 2009 as an undrafted free agent. He has 547 catches for 5,362 yards and 21 touchdowns with the Rams, New England, Miami and the Lions.

Amendola was part of a productive group of receivers with Kenny Golladay and Marvin Jones for a team that won just three games last season.