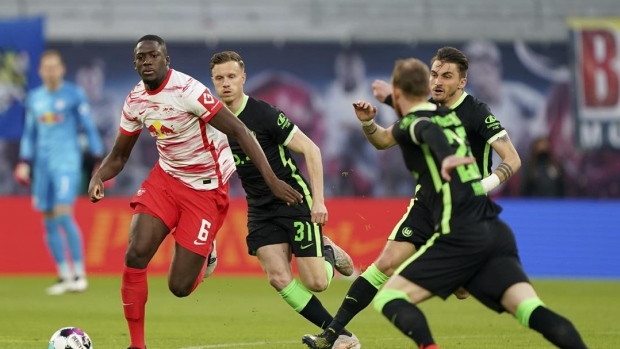 Terms of the deal with the 22-year-old center back were not disclosed but British media reported the transfer fee was about $50 million. The contract starts July 1.

Defense was an off-season priority for Liverpool, which lost Virgil van Dijk, Joe Gomez and Joel Matip because of long-term injuries.

“I am confident we are signing a player who can play for us right away,” Liverpool manager Jurgen Klopp told the club’s website. “After the problems we had with injuries in the center half position last season, there's no doubt it was clear it was an area of the team we needed to strengthen.”

The Frenchman, who played four seasons in the Bundesliga with Leipzig, is currently training with France's under-21 team.

“Right now, my focus is on the U21 European Championships with France, but after this competition I know I will be joining one of the best teams in the world and that gives me a great feeling,” Konate said.

Klopp said he has scouted Konate since the player's days at French club Sochaux.

“In Ibrahima, we are signing a player who will add to the quality we already have here,” Klopp said. "His physical attributes are very impressive; he is quick, he is very strong and he is dominant in the air.

“He also played for a team in the Champions League in high-pressure matches, who have a similar football vision to ourselves.”

Liverpool made a late run and finished in third place in the Premier League, securing a spot in the Champions League for next season.