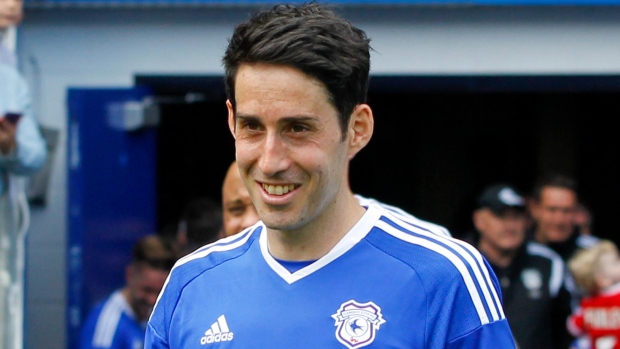 Longtime Cardiff City midfielder Peter Whittingham has died at the age of 35, the club confirmed on Thursday.

Whittingham, who also played for Aston Villa, Burnley and Derby County, had been hospitalized following an accidental fall at a pub.

"First and foremost, Peter was a family man - and somebody who could light up a room with his sense of humour, warmth and personality," the club said in a statement. "Then, as a professional footballer - as a Bluebird - he excelled with talent, ease, grace and humility. Nobody did it better. The loss of Peter will be painfully felt by our city, supporters and indeed all who ever had the pleasure of knowing him. We love you Pete and your memory will eternally stay with us."

A native of Nuneaton, England, Whittingham was a product of the Villa academy, but found his greatest success with Cardiff for whom he made 413 league appearances from 2007 to 2017, scoring 85 times. In his lone Premier League season with the club, he scored three times in 32 appearances.

He was ninth all-time in scoring for the club and made the seventh-most appearances.

Internationally, Whittingham was capped 17 times by England at the U-21 level.