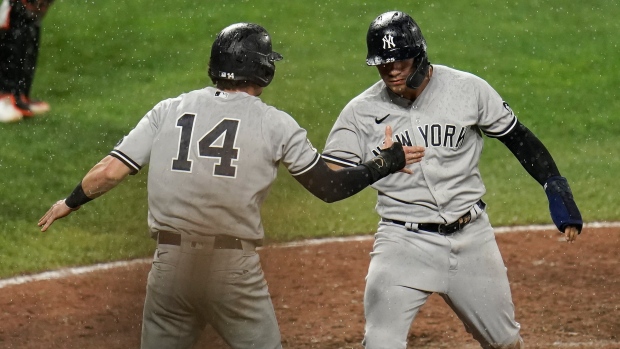 The New York Yankees announced on Monday that they had traded the utility player to the Angels in exchange for a player to be named later or financial considerations.

The New York Yankees today announced that they have traded INF/OF Tyler Wade to the Los Angeles Angels in exchange for a player to be named later or cash considerations.

Wade, 26, had been designated for assignment by the Yankees on Friday.

A native of Murrieta, CA, Wade spent the past five seasons with the Bronx Bombers.

Wade was one of three Yankees DFAed on Friday with Clint Frazier and Rougned Odor also designated.