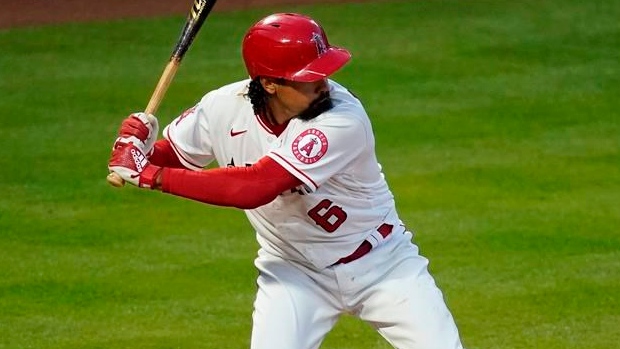 Rendon was hurt while making a throw late in a 15-1 loss to Toronto on Saturday. The Angels made the roster move retroactive to Sunday.

Angels manager Joe Maddon said he hopes Rendon will be sidelined for the minimum 10 days.

Rendon, 30, is starting his second season with the Angels after signing a $245 million, seven-year contract. He hit his first home run of the season on Saturday and is batting .290 with three RBIs.

Right-hander Jaime Barria was optioned to the alternate training site.

Jose Rojas was at third base in the opener of a three-game series against the Kansas City Royals on Monday night, batting sixth.