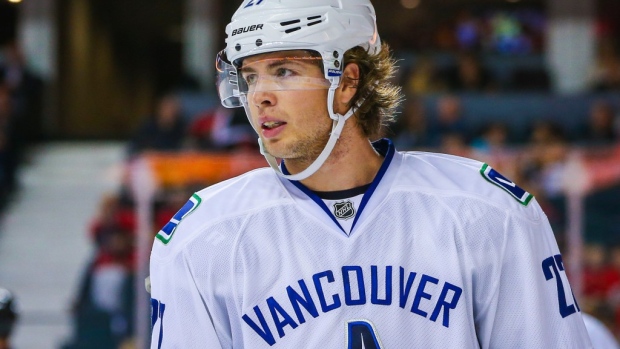 The Los Angeles Kings announced late Tuesday that they have agreed to terms with unrestricted free agent defenceman Ben Hutton on a one-year contract.

The deal will pay Hutton $1.5 million.

The 26-year-old skated in 69 games last season for the Vancouver Canucks, where he had five goals and 15 assists.

The native of Brockville, Ont., has played all four of his NHL seasons with the Canucks after they drafted him in the fifth round in 2012. He has 70 points in 276 career games and won gold with Team Canada at the 2016 World Championship.