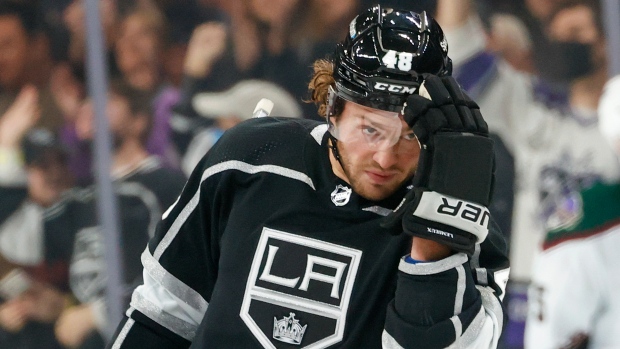 Brady Tkachuk appeared to say “enjoy your suspension” to Lemieux. (At least by reading lips).

And the Kings forward gets a 5-minute major and a game ejection for biting.

The incident happened after the two players got into a shoving match following a whistle which eventually led to them wrestling on the ice while being separated by two linesmen. Following the melee on the ground, the Sens captain accused Lemieux of biting him in the hand. Video showed that Tkachuk's hand was bleeding after the incident.

Tkachuk: I think it was the most gutless thing somebody could ever do

“It was the most gutless thing somebody could ever do. This guy, you can ask anyone of his teammates, nobody ever wants to play with him, this guy is a bad guy and a bad teammate, he focuses on himself all the time," Tkachuk told the media after Ottawa's 4-2 loss as per Bruce Garrioch of the Ottawa Sun.

“The guy’s just a joke. He shouldn’t be in the league. This guy’s gutless. No other team wants him, he’s going to keep begging to be in the NHL but no other team is going to want him, he’s an absolute joke. I can’t even wrap my head around it. He’s just a bad guy."

The Kings defeated the Senators 4-2 in Los Angeles.