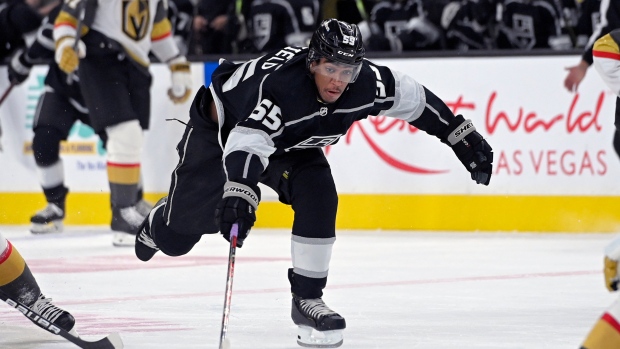 The Los Angeles Kings recalled Quinton Byfield from the Ontario Reign of the AHL on Monday and placed Alex Edler on long-term injured reserve.

Edler, 35, suffered a fracture to his left ankle on Dec. 11, according to the team. The veteran defenceman signed a one-year contract in July after spending 15 seasons with the Vancouver Canucks.

The Kings also recalled forwards Samuel Fagemo and Alex Turcotte from the Reign, while defencemen Sean Durzi, Jacob Moverare and Christian Wolanin were loaned to the AHL club.