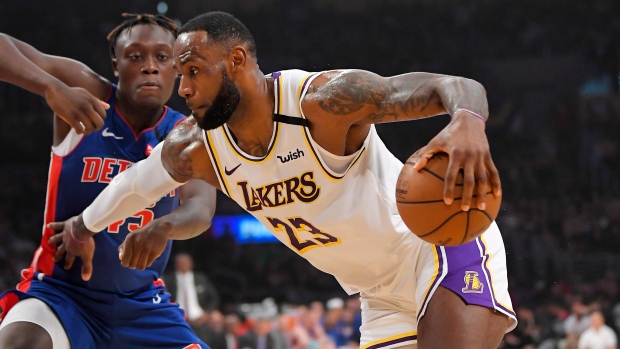 James is averaging 25.4 points, a league-leading 10.7 assists and 8.7 rebounds and has helped the Lakers to the best record in the Western Conference. He played on Friday night and had 35 points, 16 rebounds and seven assists in a win over the Dallas Mavericks. Vogel said the performance was especially impressive because James struggled with breathing throughout.

Davis, who leads the Lakers with 27.1 points per game, missed his second straight game with a gluteus maximus contusion.

The short-handed Lakers faced a Thunder team that has won 11 of 13 games and rolled past the Houston Rockets on Thursday night.