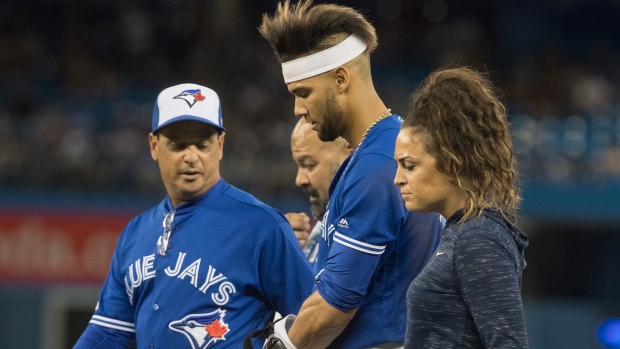 Clarification on this: #BlueJays say his second MRI is scheduled for Sunday, so my Spanish is rusty/non-existent.
Either way, Gurriel took some swings today and feels good about where he’s at with the Grade 1 quad strain that he suffered Aug. 8. https://t.co/THpf2gvOll

Gurriel is targeting the Aug. 30 to Sept. 1 series with the Houston Astros as a potential return date, but he said the likely plan is to play a rehab game or two in Florida prior to re-joining the big club.

Gurriel was injured last Friday night and placed on the 10-day injured list. The move, announced last Saturday, is retroactive to Aug. 9.

The Jays will begin a series with the Seattle Mariners at home on Friday evening.