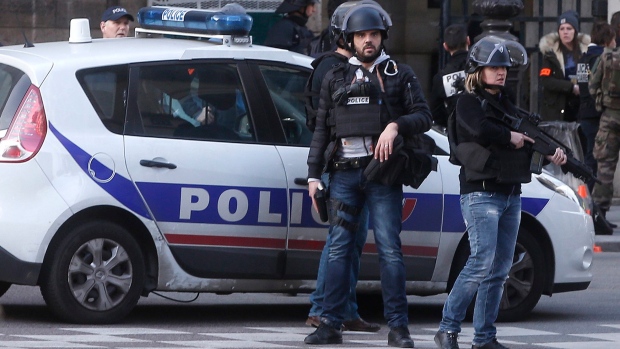 PARIS -- The attack on a soldier outside the Louvre Museum took place only hours before leaders of Paris' bid for the 2024 Olympics unveil their final candidate files.

Police in Paris say a man attacked soldiers when they told him he couldn't enter an underground shopping mall beneath the sprawling Louvre Museum with his bags.

Yves Lefebvre, a police union official, says the man tried to stab one of the soldiers. The attacker was shot five times.

Police have sealed off entrances around where the attack took place and closed the area to vehicles, snarling traffic in a busy part of central Paris.

French officials have repeatedly dismissed security concerns over the Olympic bid despite the wave of attacks that have left more than 200 people dead in the country over the past two years.

The attack will raise more questions before Friday's ceremony near the Eiffel Tower, although bid officials claim the French capital has the experience needed to organize and protect major events if it gets the 2024 Games.

Speaking outside the Louvre, Paris Mayor Anne Hidlago, who will attend the ceremony alongside athletes and other bid leaders, said all big cities in the world are under threat. She said that "there is not a single one escaping that menace."

Paris, which hasn't hosted the Olympics since 1924, is competing against Budapest and Los Angeles. The International Olympic Committee will choose the host city in September.