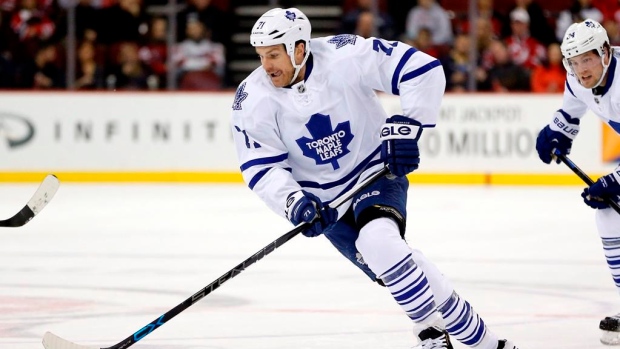 On Sept. 1, the National Hockey League can choose to opt out of the current Collective Bargaining Agreement (CBA). If the league passes on the opportunity, the players have their shot at exercising the right to opt out on Sept. 19.

Both parties have talked about labour peace and preserving the components of the current CBA that work, but it’s obvious there are a number of major issues the parties will have to work through in order to avoid a third lockout in 15 years.

The primary focus will concern the definition of hockey-related revenue. During the last round of negotiations, we saw a number of changes on that front. Those included (but aren’t limited to) an even split of hockey-related revenue (down from 57 per cent in the prior arrangement), a reduction in maximum contract length, and a cap on salary variance year-to-year through the life of a contract.

I noted two of those above. Minimizing contract length and capping salary variance had wide-ranging effects, but one of the primary objectives of both was to ensure that all contracts between players and teams were signed in good faith. (Remember Ilya Kovalchuk’s 17-year deal? Kovalchuk would still have eight years left with New Jersey if the league hadn’t vetoed it.)

This round of negotiations will likely address a number of new issues. The most prominent will concern signing bonuses. Signing bonuses were introduced as a carrot of sorts to players, but front offices and players have quickly realized their utility.

Players love signing bonuses for a variety of reasons – they make contracts much more difficult to buy out, they tend to be paid out in lump sums on given calendar dates over the course of the year, are required to be paid out in the event the league shuts its doors (unlike straight salary), and have more favourable tax implications.

As players search for more signing-bonus money, more of a divide cuts through the big-market (cash-rich) and small-market (cash-poor) teams. It’s a real issue, and one we will surely hear about as negotiations ramp up.

The signing bonus issue has been talked about in the public domain for quite some time now, but there has been far less discussion about how long-term injured reserve (LTIR) has also had a circumventing effect on the league’s intentions with the CBA.

The point of the LTIR clause (Article 50.10-50.10) was to offer relief in the event a player on a club became unfit to play for at least 24 calendar days and 10 NHL regular season games. The spirit of the clause is to offer teams a degree of temporary relief when an unexpected injury occurs.

But as more and more teams catch on to the gaps in the current CBA, we see more strategic player acquisition. Consider the Toronto Maple Leafs and Ottawa Senators for a moment.

The Leafs are a serious contender and are pressed against the salary cap this summer. That led to some initial confusion when the team traded for David Clarkson’s $5.2-million contract on July 23 – the same Clarkson who hasn’t played a game since the 2015-16 season. Clarkson’s contract is a paper one only, and has been for some time. But acquiring the large contract actually gave Toronto more space and flexibility. Leafs Nation’s brief explainer is worth noting here:

“Depending on your projection of the opening day roster prior to the trade, the Leafs had roughly $9.5m to sign Mitch Marner. The problem was that if Marner wasn’t signed by Oct. 2, the Leafs would have no way to manoeuvre any closer to the cap than ~$3.5m, meaning they could not properly utilize LTIR and get full relief for Horton. This undercut the Leafs’ leverage, as they had to get a deal done by the end of training camp.”

It’s worth mentioning that the only way Toronto was able to disentangle themselves from Clarkson’s contract in the first place was to take on Nathan Horton’s deal from Columbus. At the time of that trade, Toronto never had any belief that Horton would ever play for the team. The trade was entirely about acquiring a paper asset that would allow the team to exceed the salary cap by millions because of an injury that happened to Horton in April of 2014 – nearly a full year prior to the trade’s completion.

On the other end of the spectrum are the Senators, a team barreling towards the lowest degree of financial commitment available. After acquiring Ryan Callahan from the Tampa Bay Lightning earlier this week – the same Callahan who has all but confirmed his retirement from the league due to injury – the Senators have a whopping $15.3-million in LTIR. Depending on where RFA Colin White comes in, that LTIR number will be about half of what they are spending on their entire forward group and 20 per cent more than their entire defensive group to open the 2019-20 season.

Though their motivations couldn’t be more different, both teams are stretching the limit of what the CBA is meant to allow for relief. To briefly summarize how discrepant this is, look at our opening night forecast of salary and cap obligations for the Ontario clubs: 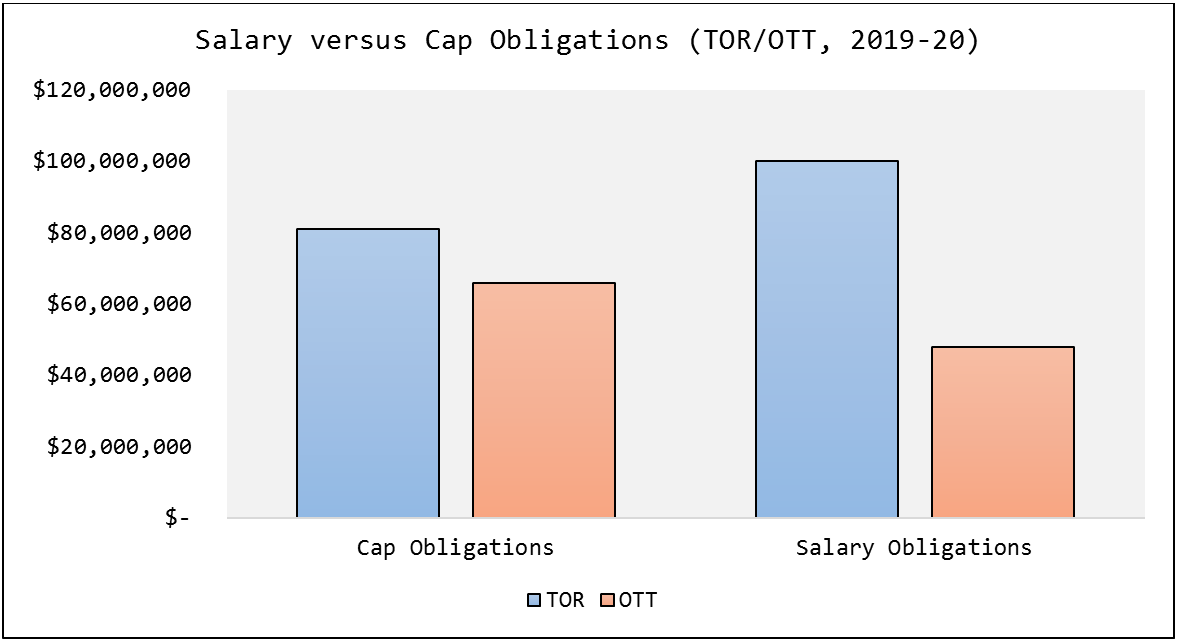 For a league that prides itself in carrying 31 competitive NHL franchises with very restrictive salary cap rules relative to their North American counterparts, I think it’s fair to say that none of Gary Bettman, Bill Daly or Donald Fehr had this in mind.

Heading into the 2019-20 season, there is already about $50-million in LTIR money hanging around the league, with three teams (the aforementioned Toronto and Ottawa, as well as Detroit) carrying more than $10-million in injured money on the active roster. That number will increase as we inch closer to training camp.

Relative to the amount of money tied up in signing bonuses, LTIR seems immaterial. But it still seems bad faith in the context of what the CBA was really trying to accomplish, particularly when we see players with no chance of returning to hockey being traded.

Unless the parties get in front of this issue, we will continue to see cap trickery on this front.