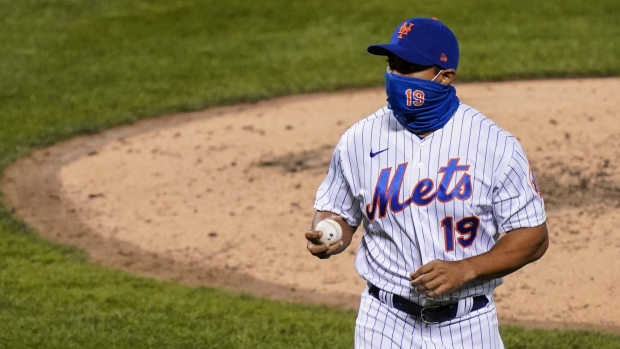 While there have been sweeping changes in the New York Mets' management office since the team's sale to Steve Cohen closed, there won't be any change of direction on field.

President Sandy Alderson announced on Monday that Luis Rojas will return in 2021 as the club's manager for his second season.

Rojas, 39, was promoted to manager last January after the club and the newly hired Carlos Beltran parted ways after revelations surrounding his involvement in the 2017 Houston Astros' sign-stealing scandal. Rojas had served as the club's quality control coach in 2019.

Under Rojas in the abbreviated 2020 season, the Mets finished with a 26-34 mark, fourth in the National League East, and missing the playoffs by three games.

The Mets fired general manager Brodie Van Wagenen and much of his senior management team and scouting staff earlier this month.

Alderson also noted that the team's search for a new GM will be for just that.

The club does not plan on hiring a president of baseball operations and will focus on a GM hire.

"I will probably be more involved on the baseball operations side than originally anticipated," Alderson told reporters.