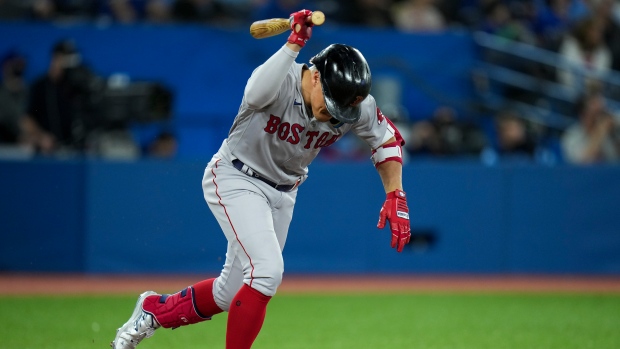 Something weird is happening with Major League Baseball totals this season.

While talent appears to be near a fever pitch, teams just can’t score runs.

Games are going under the total 59.2 per cent of the time this season.

Through the opening three weeks of the 2022 campaign, only eight teams are cashing the Over in their games at a rate of 50 per cent or higher. Meanwhile, only one of them are cashing at a rate of higher than 55 per cent.

On the flip side, despite 18 teams failing to have games go over the total at least 50 per cent of the time in 2021, all 18 had the Over cash at least 43 per cent of their games.

The Colorado Rockies, New York Yankees and Detriot Tigers were the only three teams in the league to have their Unders cash at a rate of higher than 55 per cent.

Thirty teams were separated by just 13.8 per cent.

But this year, things are drastically different.

But Arizona isn’t just some outlier.

Only four of Baltimore’s 18 games have hit the Over, while 14 other teams are cashing the Over less than 40 per cent.

After 2020, you have to go back to 2009 to find the next season with multiple teams finishing the season with an Overs rate of less than 40 per cent.

To reiterate, we currently have 16 teams under that threshold this season.

Through the first 548 games of the 2022 season, teams are averaging 4.04 runs per game. Should it hold, that would equate to the lowest level of scoring since the 1981 season.

I know what you’re thinking. It’s early in the season and the cold weather is playing a factor.

Not so fast, as the average temperatures to start the season have been similar, if not slightly warmer,  to date compared to all games played at this time last year.

While the weather doesn’t appear to be playing a factor, chatter among baseball circles has moved to the ball itself.

We know that MLB introduced “deader” balls during the 2021 season.

Despite the flyball percentage rate of 36.7 being the highest of any season since 2010, the 10.0 per cent flyball-home run rate would be the 17th worst of any season dating back to the year 2000.

And you can’t blame the hitters either.

According to FanGraphs, batted balls have been hit “hard” at a rate of 29.3 per cent of the time this season. That’s a number that would be 10th best since 2000 over a full season.

On top of that, they’re putting the ball in play at a rate this season that’s much higher than 2021.

In 2021, during the March/April time of the season, pitchers were striking out 9.30 players per nine innings, that number has dropped to 8.73 this year.

In 2018, pitchers struck out 8.72 players per nine innings in the opening weeks of the season.

Those numbers led to home runs on 11.9 per cent of all flyballs in March/April of 2018, a massive increase of nearly two per cent compared to this season.

So what do we do with this information?

What I know is that if you blindly bet $100 on every closing line Under this season in the majors, you’d be up $4,060 in three weeks of baseball, according to the New York Post.

While I won’t tell you to just blindly bet every Under, I do think at some point we’ll see a regression to the mean.

How that regression happens is beyond me.

Will MLB introduce another baseball? Will the warmer weather give balls some more pop?

But this is a trend that is definitely worth keeping an eye on, and one that could be historic if it holds up all season.