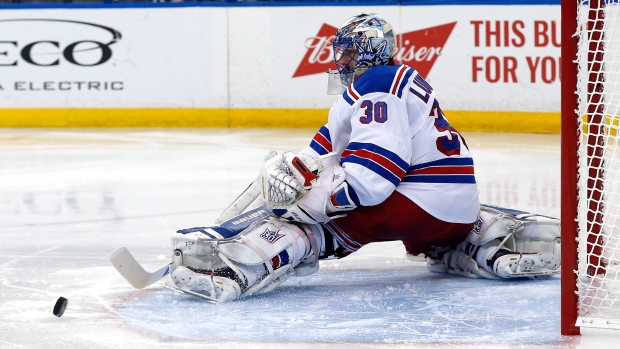 I can’t think of a single hockey statistic that has done more to magnetize the masses to new age hockey statistics than PDO – a quick and easy way to investigate a team’s puck luck, so to speak. There’s something ironic about such a simple metric (5-on-5 shooting percentage + save percentage) introducing the hockey world to the omnipresent concept of regression, but it’s hard to deny the impact it has made.

The idea behind PDO regression as a concept is that those possession numbers and shot differentials, for better or for worse, generally win out. That’s because they are repeatable over long periods. On the other hand, team shooting percentages are extremely fleeting, and replication of extremely high or low conversion rates over long periods of time is nearly impossible. It’s almost always best to bet on a team shooting around the league average of 7.8 per cent. Far more often than not, your bet will be reasonably accurate.

That same point mostly holds true for team save percentages. The reasonable 5-on-5 bet is .920 or so, where most teams trend to over long periods of time. However, there are a couple of reasonable rule exceptions to make here. A player like Henrik Lundqvist, for example, has exhibited excellence at his position year after year after year. So long as Lundqvist plays 60 or so games for the New York Rangers, it’s reasonable to assume his team’s ‘base PDO’ isn’t 1000, but rather a cut above.

It’s important to emphasize that this rule exception doesn’t come out of thin air. Lundqvist has been exceptional for more than 600 games and tens of thousands of minutes. He, like very few, has a track record to stand on. And yes, the same point can be made about Montreal’s Carey Price.

Why is this important to mention now? Well, at the quarter mark of the season, the New York Rangers (1056 PDO) are one of two teams really being talked about as a real regression candidate – the other being the Ottawa Senators (1026 PDO). Both teams share the same traits as our above teams, with brutal possession numbers, and a ridiculous combination of team shooting and save percentage at 5-on-5.

At first pass, you can see why both teams could be headed towards a pretty dangerous fate. New York’s been a poor possession team with the right side of seemingly every single bounce. Ottawa’s been slightly less lucky (though still tremendously so), but they’re also a far worse team by pure shot differential.

Regression is inevitable. But, the degree to which regression will come should be a bit different. Ottawa’s goaltending has been good under Craig Anderson, but nowhere near the calibre of New York’s under Henrik Lundqvist. That and that alone can stave off at least a degree of what should be a painful step back.

By way of simple example, let’s assume that New York and Ottawa continue to post these shot differentials over the course of the season. Let’s also assume they shoot near their multi-year average rates, since there is no sign either team can sustain anything better (or worse) than basically league norms. However, let’s assume that New York gets the goaltending they have received over the last three hundred games – ditto that for Ottawa.

How does it impact each team’s goal differential?

How good is Henrik Lundqvist? Here’s how good: if the Rangers pull a shade over 47 per cent possession the rest of the way, it’s likely they’ll break-even in 5-on-5 goals solely by his inclusion in the lineup.

It’s important to note that I don’t think the Rangers are striving for break-even here – this is a team with Stanley Cup aspirations. If they think they can get away with this kind of play in the postseason against better competition, they are dreaming. There’s no doubt in my mind the team’s play is a real concern for Alain Vigneault and the rest of the competition.

The difference is the Rangers have a goalie that hides many of the team’s warts. And when that happens, it’s difficult to see beyond the goal differentials to a team that’s really been beaten up through the 2015-16 regular season.

Ottawa’s in a bit less comfortable position. They, like New York, have accumulated a ton of points in the standings. But their performance feels far more smoke-and-mirrors – the shot-differentials are worse, and we are far less confident in their team percentages. They could still post a negative goal differential the rest of the way and earn a playoff berth, but it’s hard to see them being anything but an easy out for some of the better Eastern teams who can expose the roster.

I’ll end with a final note: team performance isn’t fixed. The Rangers and Senators alike can improve their 5-on-5 play. After all, both teams were significantly better just six months ago. It’s not unreasonable to believe Alain Vigneault and Dave Cameron can fix what’s currently ailing their lineups despite the positive goal differentials. But, it’s imperative that they do improve – if only because the current situation bodes very poorly for any legitimate playoff run.

Betting on PDO regression is always the smart gamble. But, know that PDO doesn’t regress uniformly across the league. Teams like the New York Rangers have a bit more margin for error than most of their counterparts across the league, and that’s an important thing to consider when forecasting future performance.