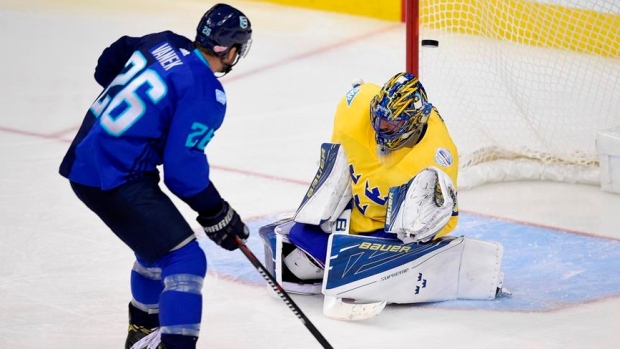 TORONTO — Henrik Lundqvist was a surprise scratch from Sweden's tournament opener against the Russians at the World Cup of Hockey on Sunday.

Lundqvist is sick, according to a Team Sweden spokesman.

Jacob Markstrom led the Swedes on to the ice for warm-up with Jhonas Enroth serving as back-up goaltender.

Lundqvist has struggled in preparation for the World Cup of Hockey. The 34-year-old took a puck to the ribs earlier this month and in two pre-tournament appearances posted a 4.49 goals-against average and a poor .778 save percentage.

The New York Rangers goaltender was pulled from last Wednesday's game after allowing five goals on 22 shots in a 6-2 loss to Team Europe.