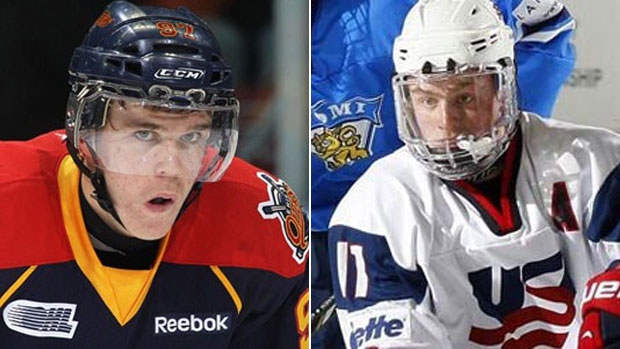 The 2015 NHL Draft Lottery is in the books with the Edmonton Oilers winning the right to select first overall. And by all indications, the team is expected to select phenom Connor McDavid with their selection.

The Buffalo Sabres, who were knocked down to the second overall pick after finishing with the worst regular season record, are expected to take the other 'generational player' in Jack Eichel.

Check out the game-by-game breakdowns for McDavid's Erie Otters and Eichel's Boston University Terriers, including their performance in the playoffs and Eichel's numbers from the World Hockey Championship.

DNP indicates that the player did not dress for the game.

Tale of the Tape