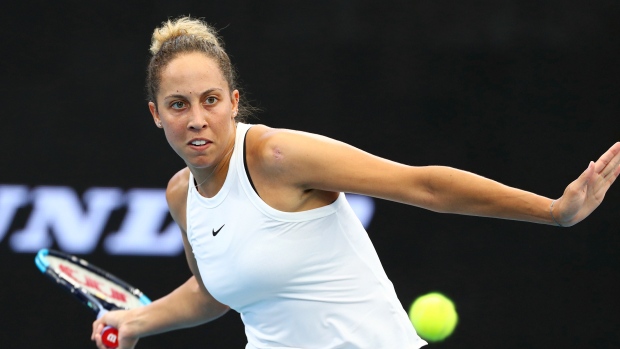 Keyes, who is ranked 28th, hit three aces and saved four of the six break points she faced. She will next face the top-seeded Aryna Sabalenka in the second round of the Wimbledon warm-up tournament.

The 26-year-old Keys is going for her third singles title on grass after wins in Eastbourne in 2014 and Birmingham two years later.

Also, Ekaterina Alexandrova defeated Anna Kalinskaya 6-3, 6-2 in an all-Russian clash to set up a second-round meeting with second-seeded Elina Svitolina.

Belinda Bencic had to rally from a set down to get past German qualifier Jule Niemeier 4-6, 6-4, 7-5. Niemeier was playing her first professional grass-court tournament.