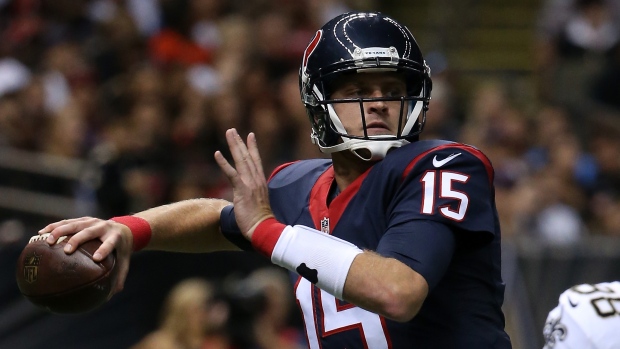 HOUSTON - Ryan Mallett is Houston's quarterback again and is ready to take advantage of his second chance.

Houston coach Bill O'Brien said Thursday that Mallett will start for the Texans on Sunday at Carolina.

O'Brien had said earlier in the week that he wouldn't announce a decision until game time. But after the news got out on Wednesday, O'Brien decided to make it official on Thursday.

"You feel bad when it's one week," Mallett said. "But also you're excited to finally get out there and show what you've been working toward."

Brian Hoyer beat Mallett for the job in camp. But Hoyer was benched in the fourth quarter of Houston's season-opening loss to the Chiefs after committing two turnovers. Mallett led Houston on two scoring drives in the final six minutes of 27-20 loss.

O'Brien was impressed by Mallett's work in that game.

"When Ryan entered the game he added a spark to our team," O'Brien said. "I felt like he moved the ball downfield. He was decisive, had some energy, showed good leadership."

Mallett, who prides himself on being a hard worker, thinks he ratcheted up his effort to another level after he lost the job in camp.

"I think I just started working even harder after that," he said. "It's my dream to play in this league every week, every down and I'm going to keep chasing it. I'm going to do what I have to do to achieve that."

Mallett overslept and missed practice two days after Hoyer was named Houston's starter. O'Brien, not intending it to be a pun, said that incident was a "wakeup call" for Mallett.

"Since that time basically being demoted at that time and then missing practice, oversleeping, I think the guy has really come a long way," O'Brien said.

The decision wasn't an easy one for O'Brien and he said the move was not "an indictment on Brian Hoyer."

"What I do is try to make the best decision for the football team that points us in the direction of winning," O'Brien said.

Mallett spent three seasons as Tom Brady's backup in New England before coming to Houston in a trade last August. He started two games for the Texans in 2014 before a season-ending pectoral injury.

Also on Thursday, injured running back Arian Foster returned to practice for the first time since groin surgery. It was unclear when he'll be ready to play.