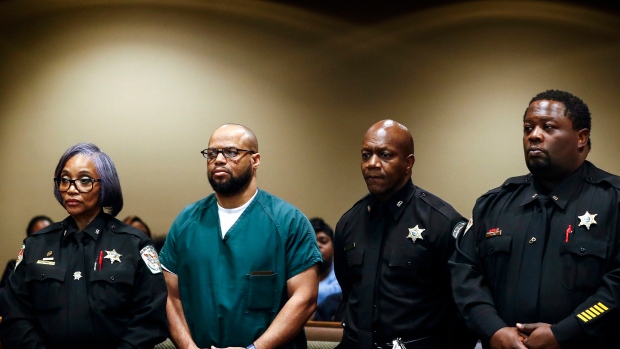 Billy Ray Turner entered his plea in a Memphis court before the scheduled start of his trial on charges of possessing a weapon as a convicted felon.

Shelby County prosecutors say Turner illegally had two guns in his possession when he was charged in December 2017 with killing the 34-year-old Wright.

Turner has a previous felony conviction of reckless endangerment with a deadly weapon.

Turner and Wright's ex-wife, Sherra Wright, conspired to kill the retired NBA player and Memphis native in July 2010, authorities have said. Turner, a landscaper in the Memphis suburb of Collierville, and Sherra Wright attended the same church.

Lorenzen Wright's body was found riddled with gunshots in a swampy Memphis field 10 days after he was reported missing. His killing was one of Memphis' most highly publicized slayings ever, and it has drawn national attention.

Turner and Sherra Wright have pleaded not guilty to first-degree murder. Their trial is scheduled in September.

Turner faces 12 to 20 years in prison on the gun charge at sentencing set for July 26.