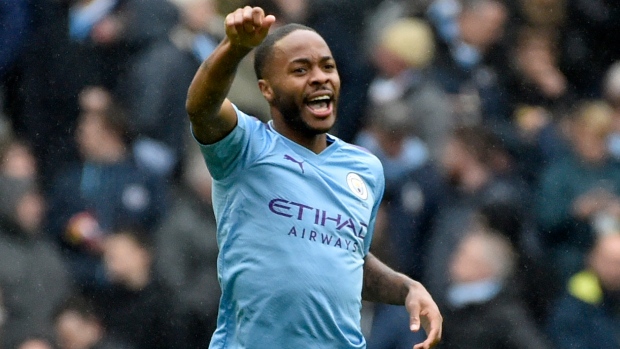 Manchester City forward Raheem Sterling is planning ahead to a Champions League date against Real Madrid next week, but could he eventually join them?

The 25-year-old England international heaped praise upon his opponents as City faces a two-year ban from the Champions League.

"Right now I'm at City and I'm really happy, but I say Real Madrid are a fantastic club," Sterling told the Madrid-based AS amid reported interest from Zinedine Zidane's side. "When you see the white shirt, you know exactly what the club stands for, it's massive. But at the same time, I have a contract with City now and I have to respect this. But it's a fantastic club."

The first leg of their Round of 16 clash is set for Wednesday at the Bernabeu, a daunting task for his club, says Sterling.

"It is always going to be a difficult game whether they are in a good or a bad moment," Sterling said. "Just because of the atmosphere, the historical stadium that we are going to... It’s going to be a difficult game. Especially now that they are doing really well, but at the same time I’ve got full confidence in our team and if we get it right on the day, I believe we can win."

City's best ever result in the Champions League came in 2016 when they reached the semi-final stage, but ultimately fell to eventual victors Real, 1-0 on aggregate.

Wednesday's match will be the fifth ever competitive meeting between the two sides. City has drawn one and lost the other three.